Welcome to Ovens and Murray Hall of Fame. Established in 2005, the purpose of the O&M Hall of Fame is to recognise and promote the outstanding achievements of our greatest players, dedicated administrators and club support staff and long serving media representatives and to encourage everyone, young and old, to reach their sport and life potential.

The Ovens and Murray League has a long and rich history. Through our Hall of Fame we aim to preserve this sporting heritage by honouring these great players, and use their values and experience to inspire our future stars. 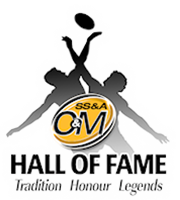 2.1 Subject to Clause 2.2 The Hall of Fame Function will be conducted on a yearly basis on a date agreeable by the Committee, League Board & administration during the month of July.
2.2 If no persons are to be nominated as a Hall of Fame inductee or elevation to Legend they shall be no official function for that year.
2.3 Although the function will be official hosted by the Hall of Fame committee the league will have the final say on venue depending on sponsorship agreements or expenses.
2.4 No expenses are to be incurred by the Hall of Fame committee unless agreed to by the league board if not in current league budget or the League General Managers approval if within league budget.
2.5 The Hall of Fame function shall be and remain an intimate affair with guest restricted to committee, board, inductees with guests, sponsors, media guests & previously selected inductees.
2.6 The League reserves the right to sell the naming rights to the Hall of Fame and the Hall of Fame Function to ensure the quality of the event and promotion.