Round twelve this Saturday to complete the two thirds point of the season and what a way to celebrate with the inaugural Indigenous Round of OMFNL.

Murray and former Wodonga Raiders and Albury ruckman Dean Heta have worked closely with the OMFNL over the past year to get the round happening.

The league launched the round on Tuesday at QEII Square in central Albury with a Welcome to Country and smoking ceremony before a series of traditional dances were performed. 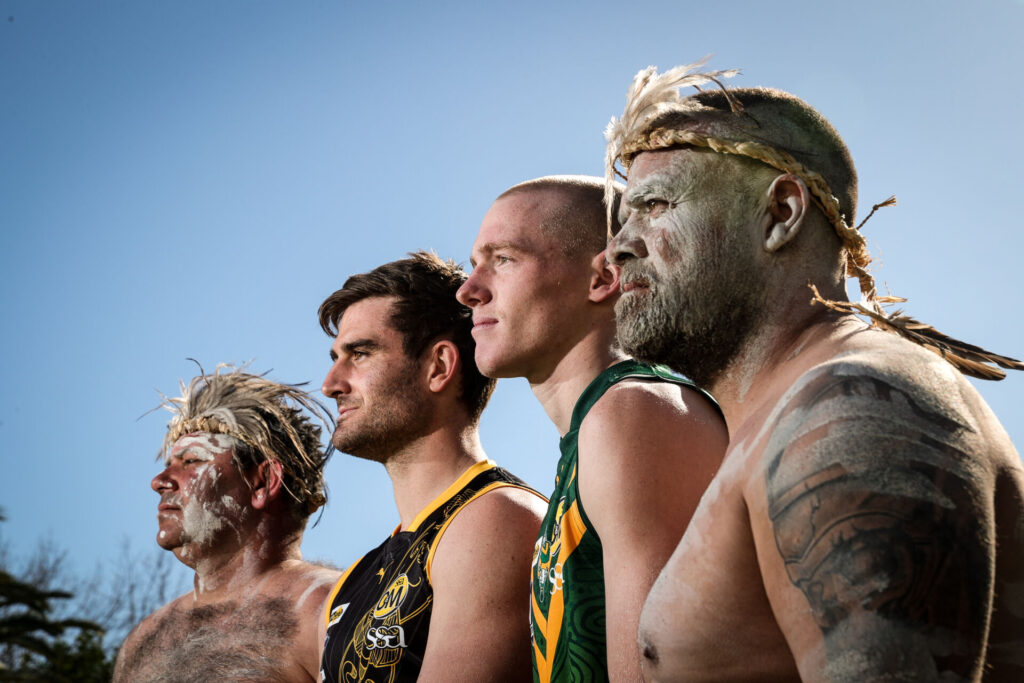 What a round on offer with a couple of sides virtually having their season on the line with none bigger than the Wangaratta Rovers v Lavington clash at the WJ Findlay Oval. The Panthers are two games and percentage behind the Rovers and a win is an absolute must if they are to have any chance of playing finals. In their first meeting the Rovers played its best game of the season to thump the Panthers under lights by 58 points at Lavington. Lavington will be without their talls in Brant Dickson and Jack Driscoll. The Rovers at home should win a highly entertaining clash.

Yarrawonga lose star forward Leigh Williams but have big inclusions in Michael Gibbons and Willie Wheeler for its trip to Myrtleford. The Saints have made this match its Mental Health Round and will have former AFL star Wayne Schwass as a guest speaker at a luncheon prior to the game. The home side lose Matt Munro along with the season ending knee injury to coach Jake Sharp, but with Nick Warnock and Ryan Griffin finding their feet they look strong at home. If the Saints are to threaten a top three finish this is the game, they would need to win. A Yarrawonga loss and Albury in third would draw level with them.

The Tigers make the trip across town to Bunton Park with one of its least experienced sides for some time on show against the emerging Hoppers. The two sides last met on ANZAC day when Albury won by 103 points. The margin will be heavily reduced with the Hoppers having improved significantly. The power and versatility of the Conlan brothers as well as the midfield class of Fletcher Carroll and Anthony Miles will see the Tigers prevail.

Wangaratta travel to the John Foord Oval with the return of several stars for the clash with the injury plagued home side. Cal Moore, Mark Anderson, Jamie Anderson, Daniel Sharrock and Chris Knowles make their return, while the Roos have lost Jy Lane and Cody Howard from last week’s loss to Albury. The Roos finals hopes are hanging by a thread, currently two games and percentage behind fourth placed Myrtleford and fifth placed Rovers.

The Wodonga Derby is set down for the John Flower Oval with the Bulldogs naming one of their strongest sides for the season with Alex Smout, Angus Baker and Ethan Redcliffe all back. The Raiders fell six goals short earlier in the year and will need massive games from Jarrod Hodgkin, Isaac Muller and Brad St John with young gun Max Beattie not named.

The 2019 grand final combatants in O&M netball Wangaratta and Corowa Rutherglen face off in a blockbuster at Corowa. The undefeated Roos are in great form despite the loss of star defender Liv Sinclair a month ago and will relish the big game atmosphere against the defending premiers. The Pies have been struggling with consistency and player availability – their best will push the Roos but will it be enough?

The Albury Tigers have a chance to move into the top five when they take on the current holder of fifth spot North Albury at Bunton Park. The Hoppers are just half a game ahead of Albury – a win to them and they will go a long way to securing that final position.

Can Wodonga push for their first win of the season against old rivals Raiders? They went in with high hopes last clash but came away heavy losers. The Raiders have to much at stake with finals still on their radar and with the House girls leading the way they should take the points.

Lavington sitting a game clear in second position will make the trip down the Hume confident of defeating the Wangaratta Rovers. The goal scoring capability of Maddi Plunkett and Emily Stewart should see the Panthers continue its charge toward taking its season deep into September.

Myrtleford will still be on a high after last weeks amazing come from behind win over North Albury. They however run into a determined Yarrawonga. The Pigeons suffered its second loss of the season to Lavington in the last round and will be very wary of the improved Saints.