Wangaratta showcased its enormous playing depth when they defeated a very gallant Wodonga at the Norm Minns Oval by 45 points.  The Pies went into the match with nine regular senior players missing but found a way to bounce back from last week’s loss at Yarrawonga. The Bulldogs themselves were decimated with the loss of star midfields Angus Baker and Alex Smout, while leading goalkicker Ethan Redcliffe were missing.

The Pies were led brilliantly by coach Ben Reid who booted eight goals and gun midfielder Abraham Ankers who racked up 39 possessions in a midfield clinic. Not far behind was Jackson Clark with over thirty possessions, while big man Zach Leitch was outstanding in his return along with rugged midfielder Matt Kelly. Former Kiewa Sandy Creek junior Jacob Barber was best for Wodonga with 37 possessions, while the Matt Wilson starred at both ends of the ground with three goals in a promising display. Yarrawonga overcame a ferocious challenge from Lavington to run out forty-point winners in a bruising and entertaining encounter at the Lavington Sportsground.

Leigh Williams booted five goals in a courageous display, he left the ground in an ambulance after receiving a knee to the back in the first quarter but played on to be a major influence. Both sides suffered big withdrawals pre-game with Michael Gibbons Yarrawonga and Brant Dickson Lavington both late omissions. The Panthers also lost Darcy Smith who crashed into the goal post, and Jack Kirley suffered a head clash with a teammate in the rugged and fierce first quarter.

Mark Whiley, Harry Wheeler and Nick Fothergill covered the loss of Gibbons for the Pigeons, while up forward the dangerous Jess Koopman landed three goals. Myles Aalbers kicked four goals for the Panthers, while Will Glanvill and Jack Harland found plenty of the ball along with Luke Garland. The win has just about assured Yarrawonga of the double chance, while Lavington will now need to knock off a couple of top five teams to play finals. 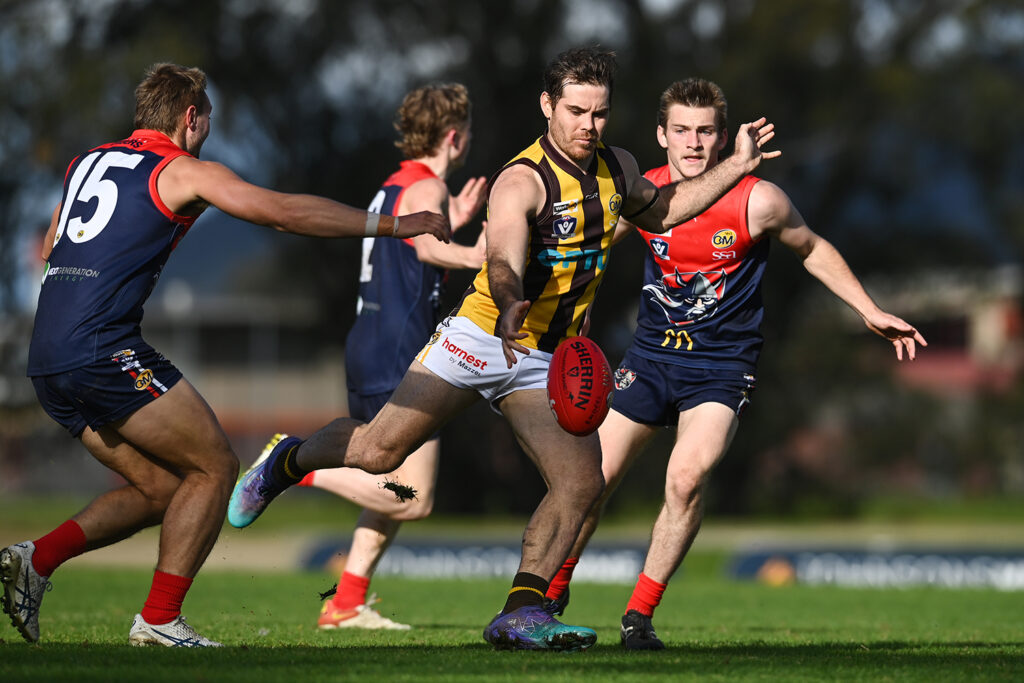 Wangaratta Rovers had some nervous moments before they overran the Wodonga Raiders in the second half to win by 52 points at Birallee Park.

The Raiders playing some of the best football for the season took a one-point lead into half time with young guns Max Beattie and Max Glass leading the charge. Isaac Muller was dominating the ruck and Jarrod Hodgkin was on the way to a game high of 35 possessions in a great tussle with the returning Brodie Filo who also had 35 touches.

The Rovers showed why they are a top three contender with a dominating second half that had Jake McQueen and Alex Marklew kick ten goals between them. Dylan and Ryan Stone both had 31 possessions while defenders Michael Clark and Cody Schutt led a tighter second half defence.

Lavington for the second time this season has defeated Yarrawonga with the Panthers taking a two-goal victory in one of the games of the season.

Maddy Plunkett was superb shooting 32 of the fifty goals in a dominant display as she continues a successful transition from Basketball. Grace Hay was strong in the Panthers’ defence, while Steph Clancy, Maddi Lloyd and Ange Demamiel combined well in the midcourt.

The Panthers victory has them a game clear in second position and just about certain of securing the double chance in a pursuit of its first premiership since 2013. 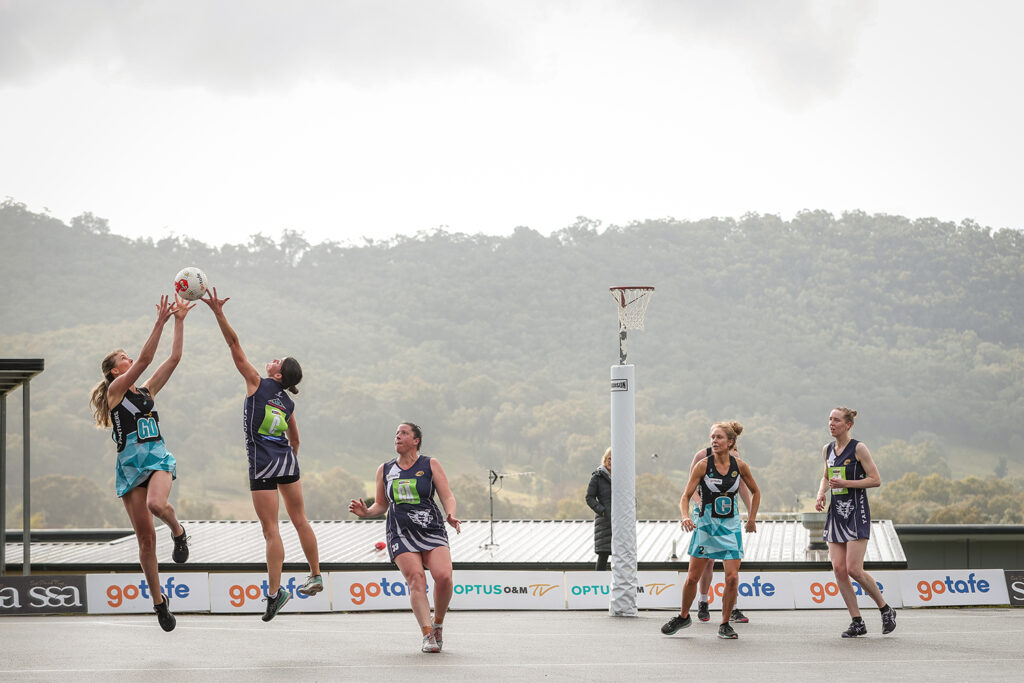 Wodonga Raiders kept alive September ambitions with a fifteen-goal win over Wangaratta Rovers, with Blaynee House playing a starring role. The Rovers after trailing by seven at half time were put out of the contest when Raiders outscored them by 14-6 in the vital third term. Another outstanding goal shooting display by Georgia Clark with 32 and great work rate from Katie Dean ensured Wangaratta took the points against Wodonga. The final score was 45-30 with Aleisha Coyle and Cassi Mathey the Bulldogs best. The final two matches will be played in next weeks completion of round eleven.