Just the two games of football and netball to complete round five, but goodness me a couple of big results highlighted the two venues.

North Albury capped off a wonderful 24 hours at the club by breaking a 21-game losing streak to outplay Wodonga Raiders by 23 points at Birrallee Park.

It had been 1022 long days since its last victory that was against Wodonga in round 14 2019.  Round six that same year was their last away victory also against Wodonga.

The signing of former junior Doulton Langlands on Friday was the start of a good twenty-four hours, as the young Hoppers celebrated a grand victory. Langlands is expected to make his return to the playing field over the next few weeks. He played three games for St Kilda in 2019 before moving to Perth.

North Albury led at every change with Carter Norman putting in his best game for the club with four goals, while Sam Azzi did his interleague selection no harm with a best on ground performance.

The return of Julian Hayes from a thumb injury added class across the midfield, while George Godde led the side magnificently.

The Raiders best chance of impacting the scoreboard was wasted in the second
quarter kicking 2.5 to 2.0. Jake and Jarrod Hodgkin were best for the home
side.

Yarrawonga strengthened second place on the ladder with a 17-point win over a tenacious Wodonga at the JC Lowe Oval with another Leigh Masters masterclass a highlight. Masters intercept marking and timing around the contest was at its very best that must have him racking up plenty of Morris medal votes. 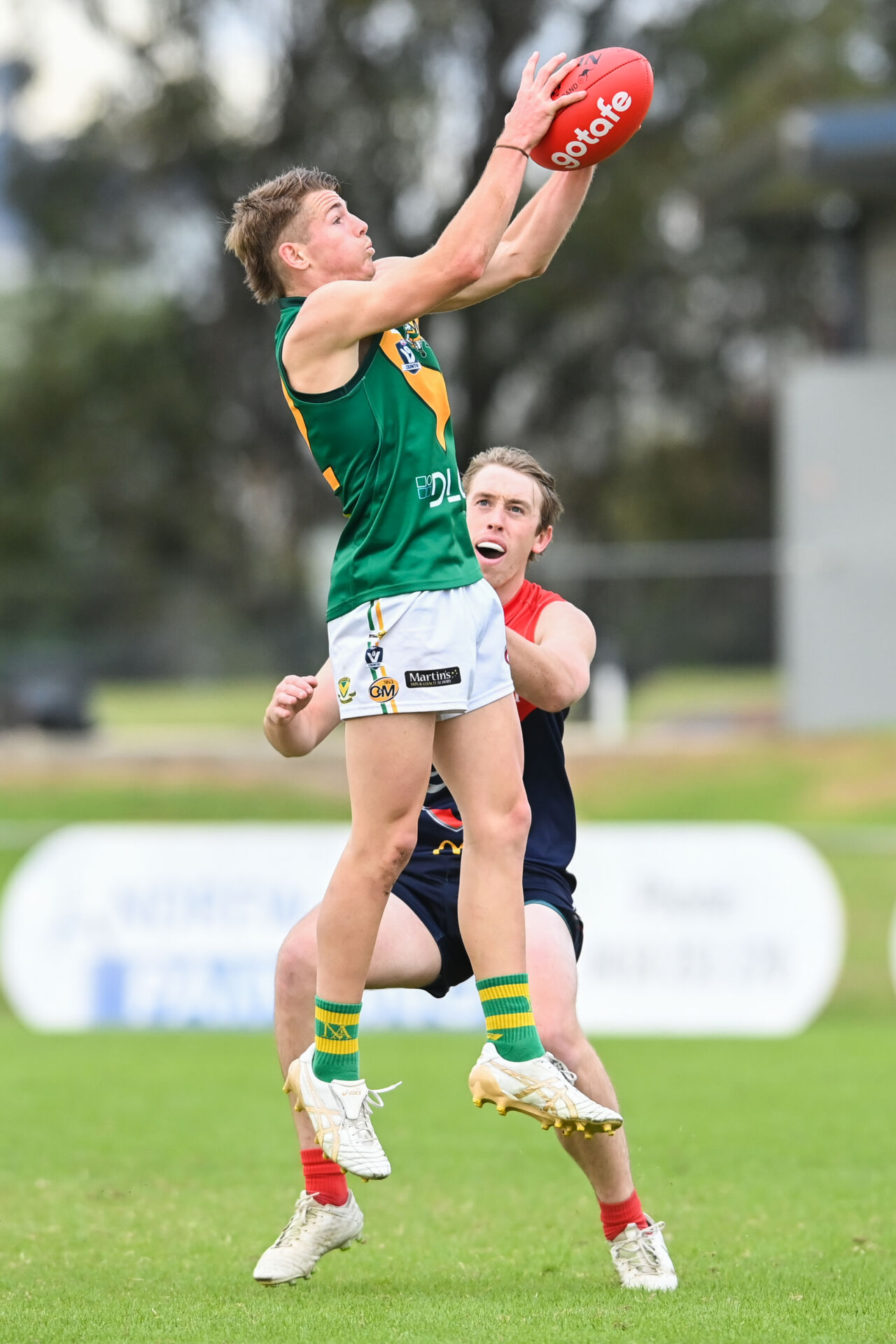 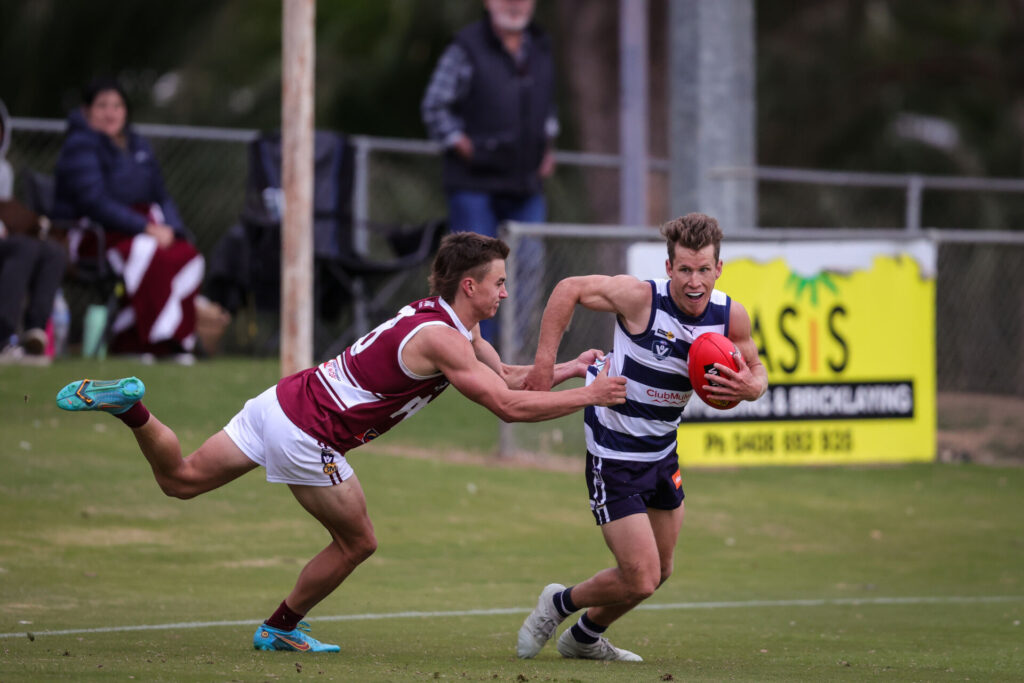 The debut of Leigh Williams did not disappoint the Pigeon faithful with the big forward kicking five goals from nine scoring shots.  The Wheeler brothers Harry and Willie dominated on the back of a superb ruck display from Lachlan Howe against a brave opponent in Bulldog Jayse Brown.

The Doggies were super competitive for most of the game, with a lapse in the third term proving the difference. The Pigeons for the second week running did not kick a goal in the final quarter.

Well, we thought the battle on the court between Wodonga Raiders and North Albury would be close – but not that close that the result was a draw!

Mackensey House was brilliant for the Raiders forcing two late turnovers getting great support from Molly Goldsworthy and Blaynee House. Nat Heagney with twenty-six goals led the Hoppers charge, who after the points were split still moved into fourth position.

In the clash at Yarrawonga it was a big win to the home side 51-21 over Wodonga. The win has secured Yarrawonga into equal second place with Lavington. In a remarkable piece of synergy both the Panthers and the Pigeons have scored 261 goals for and had 164 goals against.

Bridget Cassar was in great form bagging 43 goals, while Annalise Grinter and Laura Ryan continued their great form. Kaleisha Pell debuted for Yarrawonga coming up from the Under 17’s. Bulldogs were best served by newcomer Ella Dickins, Leah Mathey, while Cassi Mathey netted thirteen goals as the Bulldogs remain winless. 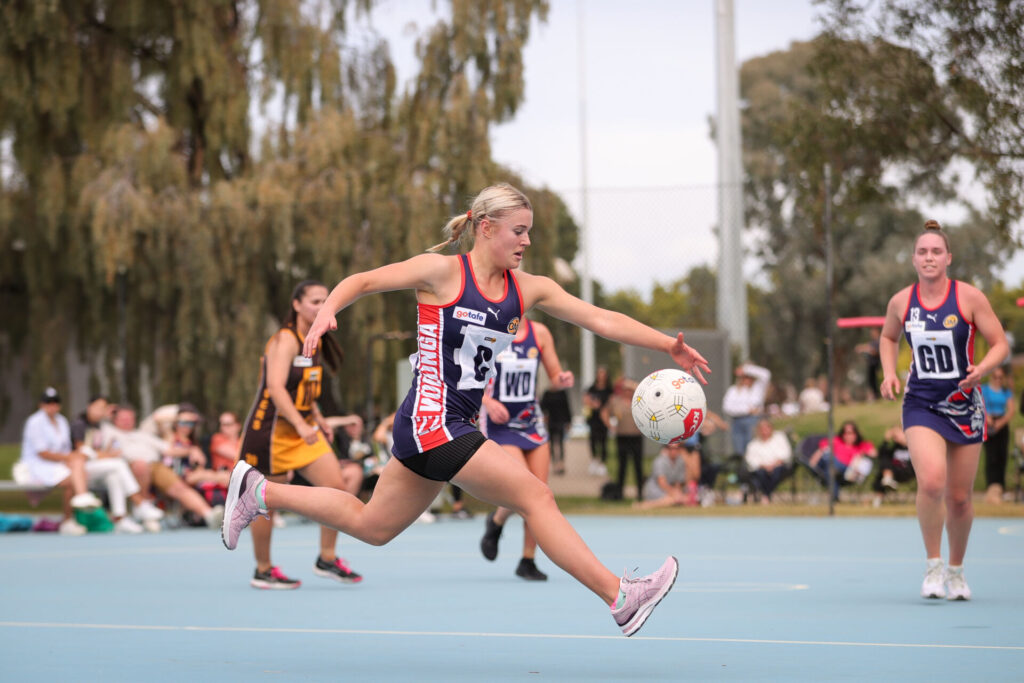 So, after five rounds Corowa Rutherglen remain the only unbeaten team. Yarrawonga and Lavington look assured of finals action. The final two places in the top five appear a race between four teams Wangaratta, North Albury, Wodonga Raiders, and the Albury Tigers. Two more home and away matches will be played before a bye for the much-anticipated Interleague clash against the Goulburn Valley at Mooroopna on May 28.