What a round of matches round four produced with the fight for both a finals spot and the coveted top three alive and kicking big time. Just percentage separates five sides locked on three wins between second and sixth with Lavington just one game behind that pack.

A stunning comeback at the WJ Findlay Oval and a memorable day of senior football for the Myrtleford Alpine Saints highlighted proceedings.

Wangaratta Rovers stunned the healthy home crowd with an amazing comeback to snatch victory over the previously unbeaten Pigeons. Trailing by 38 points five minutes into the final quarter the Rovers stormed home to add 6-5 to nothing as Alex Marklew fourth goal put them in front with three minutes remaining. The final minutes was heart in your mouth stuff as the Pigeons launched a massive counter attack that the gritty Rovers defence repelled.

Myrtleford on the back of co-coach Jake Sharpe and the inspirational Matt Dussin return reignited its season with a fighting nineteen-point win over Albury at the McNamara Reserve.

Sharpe in his return was magnificent as the Saints held off a final quarter surge from the Tigers. Matt Munro and Simon Curtis were outstanding for the Saints. The inclusion of Nick Warnock was also a boost for the Saints with his two early goals being soured with a peck injury that will have him out for some time.

Lavington continued its run of close encounters by holding off a big Wodonga finish to prevail by three points with skipper Luke Garland pivotal in the final result. Inaccuracy almost cost the Panthers converting just eight of its twenty-four scoring shots. The Bulldogs kicked the final three goals in a tough loss. 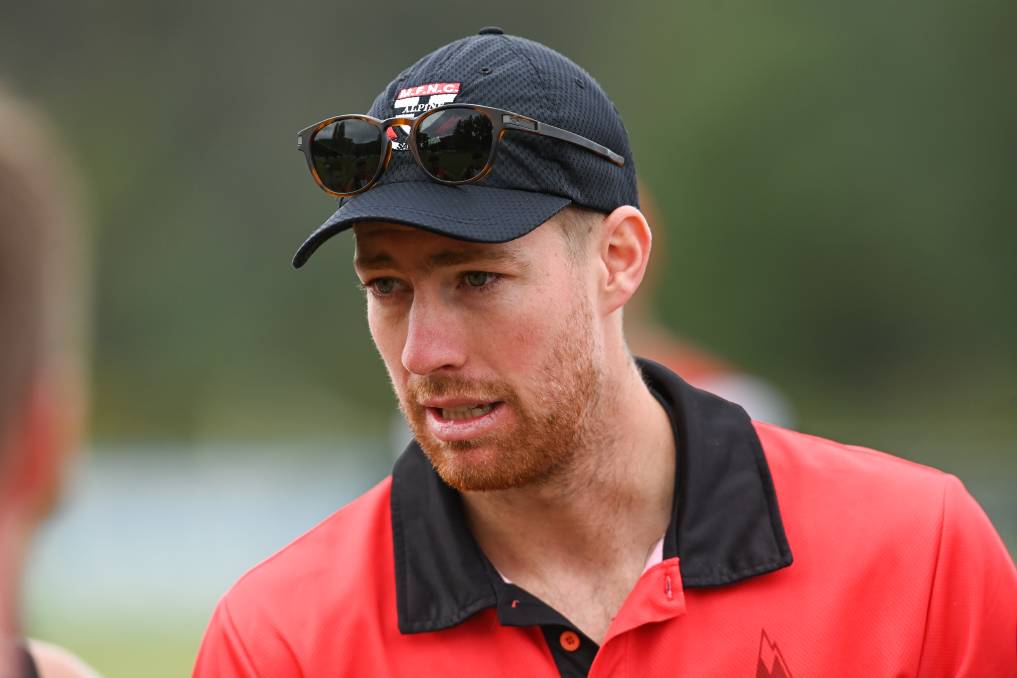 Tom Hargreave and Billy Glanvill both had thirty three possessions for Lavington while young guns Josh Mathey and Ethan Redcliffe were best for Wodonga.

Corowa Rutherglen turned on a blistering final term to blow Wodonga raiders off the park after three tight opening quarters at the John Foord Oval. The Roos added nine goals to nothing in the final stanza to win by 63 points after raiders had hit the front during the third term.  Jarred Lane, Charlie Nastasi  and Kaiden Bradke all booted three goals and were all the Roos best. Daniel Stafford also with three goals impressed for the Raiders along with Brad St John.

Another dominating Cal Moore display up forward highlighted the Magpies big win over North Albury at Bunton Park, Moore kicked ten goals to make it twenty-one in the last two games. After a reasonably competitive first half the Hoppers were kept goalless in the second half as Wangaratta added fifteen to win by 169 points. Tim Broomhead with twenty-seven possessions had his best game for the Hoppers who along with George Goode and Archer Gardiner stood out in a tough day for the Hoppers. 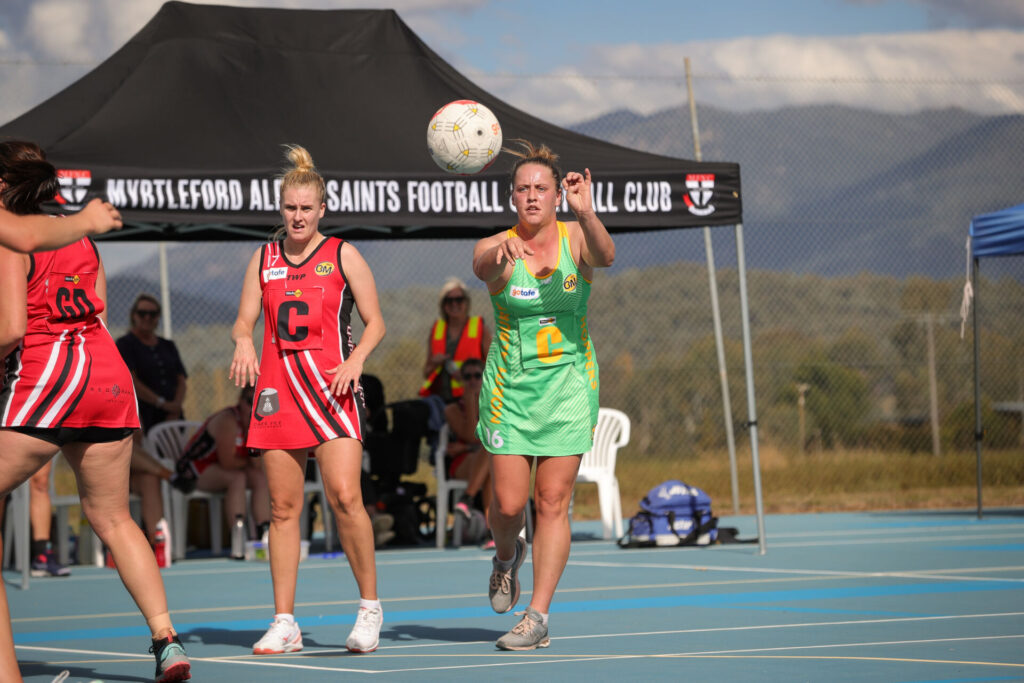 In one of the biggest upset results for some time North Albury stunned the league with an impressive and powerful thrashing over defending premiers Wangaratta. The Hoppers started superbly to set up the 44-32 triumph with coach Emily Browne attributing the win to a lot of hard work on the training track. Nat Heagney netted thirty-two goals, while in defence Brooke Cannon kept the dangerous Magpie forwards quiet. Hannah Grady was best for the visitors in her 150th game.

Wangaratta Rovers threatened another upset when they led during the first quarter against the Pigeons, before the visitors gradually got on top to win by eight goals. Despite the loss and still no wins the Rovers are a vastly improved outfit and coach Jo Cresswell should see her team rewarded with wins in the second half of the season.

Corowa Rutherglen stay a game clear top of the ladder after a twenty-four goal win over Wodonga Raiders with Grace Senior potting forty two goals. The Raiders started well and trailed by just two goals; their second quarter was okay before the Roos dominating third quarter put the game to bed.

Albury had its best win of the season when they outclassed the Saints 51-40 to keep alive their top five chances. The loss was a blow to the home team’s finals chances. Both sides don’t play this week with teams above them on the ladder having winnable games to complete round five.

Lavington as expected outclassed Wodonga with a strong thirty-five goal win that has them entrenched into second place on the ladder. The Doggies had its best period of the game in an excellent third quarter but could not control the dynamic mid court class of the Panthers.