Yarrawonga were forced to work overtime to eventually pull away from a gritty Corowa Rutherglen winning by 25 points at the JC Lowe Oval.

It took another Leigh Williams masterclass up forward and yet another Leigh Masters clinic across half back to ensure the Pigeons got the points. Williams booted eight goals including an incredible six in the second quarter to take his season tally to 52 the same as Wangaratta’s Cal Moore. Masters racked up 35 possessions and took 15 marks to further boost his Morris Medal hopes. Michael Gibbons and Ryan Bruce stood out along with young ruckman Kyal Tyson.

The Roos were closing in on a huge upset when they held a narrow lead midway through the final quarter, before Yarrawonga kicked the last four goals. Cameron Wilson three goals and close to thirty possessions was best for the Roos, while young gun George Sandral impressed on debut. Kaelan Bradke kicked three goals. The loss officially ends the Roos finals chances that have been derailed by a constant trail of injuries after making a promising start. The Pigeons look certain to finish second.

The Albury Tigers showed its depth and young talent will ensure it remains a competitive power in the years to come with a strong win over Wodonga Raiders. The Tigers were decimated with injury and unavailability but still outclassed a disappointing Raiders who started slow giving up the first five goals.

Missing Jake Gaynor, Shaun Daly, Daniel Cross, Fletcher Carroll, Riley Bice, Jim Grills, Alex Jones and Jacob Conlan the Tigers answered the challenge for a 44-point win. Anthony Miles was again best on ground with 32 possessions, while youngster Braiden McMenamin further enhanced his reputation with a superb display. The Raiders took a blow before the first bounce with star midfielder Jarrod Hodgkin a late withdrawal with a calf injury. Isaac Muller with three goals was best for the Raiders, Max Beattie and Brad St John both racked up 35 possessions, while Jason Bourke played his best game for the season. 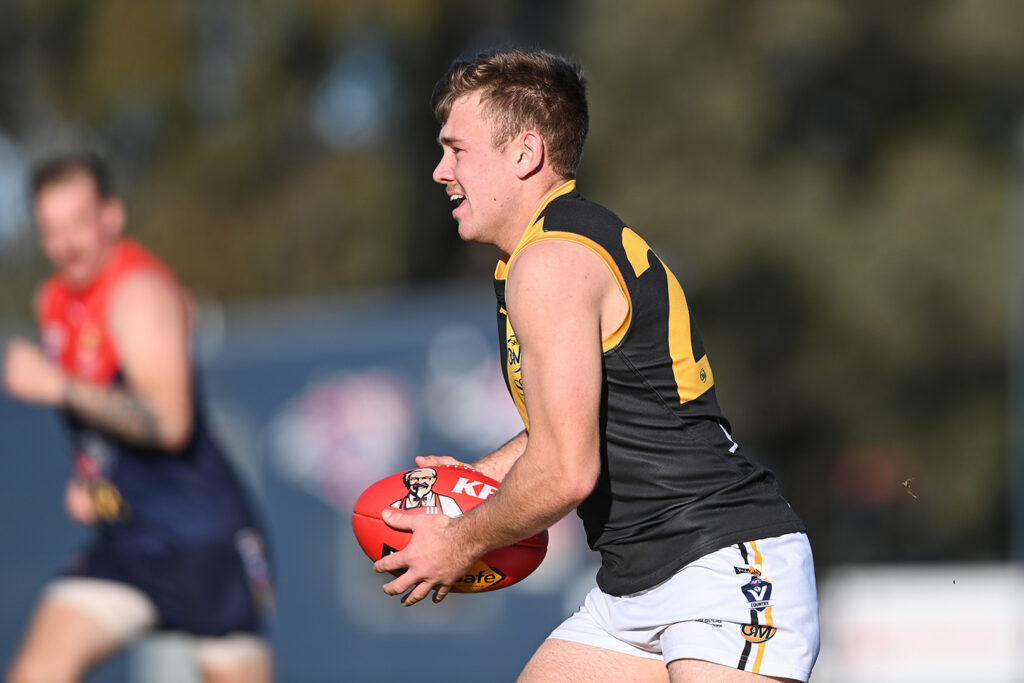 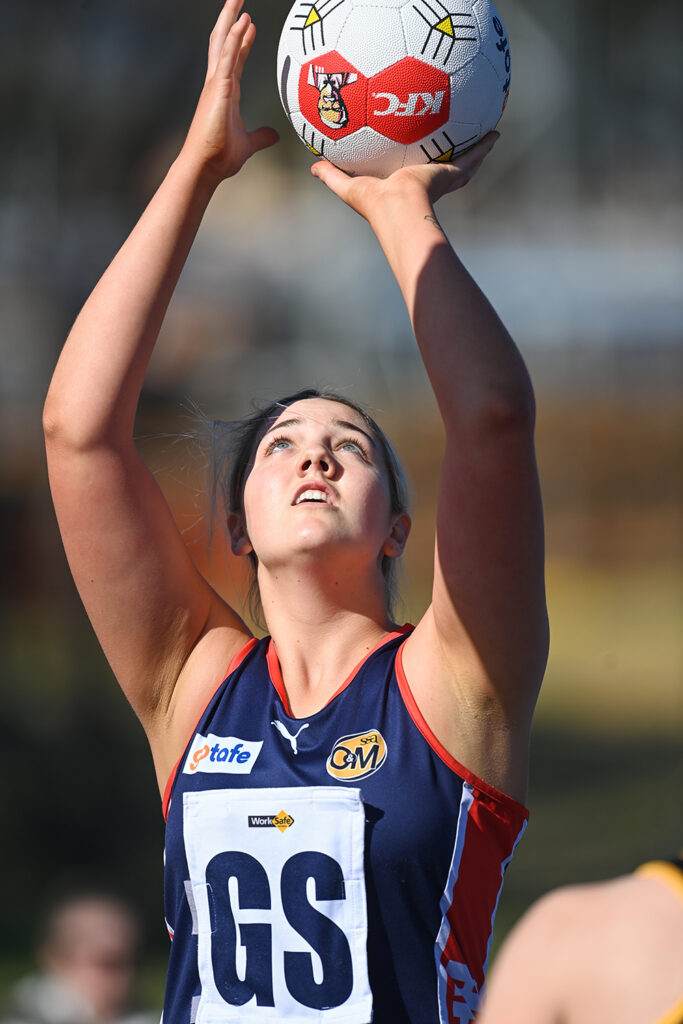 Despite a tough draw in the run home Albury have all but wrapped up the double chance. They need just one more win in the final three rounds to ensure that. The Tigers have Lavington at home in round 16, followed by Yarrawonga away and then finish with a home clash against Wangaratta Rovers.

The SS&A Netball competition has been thrown wide open with flag favourites Corowa Rutherglen suffering its second straight loss. The Roos lost an absolute nailbiter by two goals away to Yarrawonga with barely that margin separating the sides all game.

The Pigeons, after trailing by one goal at half time, made their move in the third quarter to take a three goal lead into the final term. Despite missing co coach Laura Irvine the Pigeons depth and flexibility proved the match winner with Hannah Symes and Olivia Lovell leading the way.

Sarah Senini and Brigette Cassar were strong around the goal ring shooting 22 and 13 goals respectively. Grace Senior shot 36 of the Roos goals capitalising on the great work of Brooke Bice and Maddison O’Keeffe.

The Pigeons who are still yet to have its full side on the court at the same time are now just one game behind the Roos in top spot. Lavington who have been the surprise packet of the season will get the chance to draw level with Corowa Rutherglen when they play North Albury this week to complete round fifteen. The minor premiership could come down to percentage – the Roos however play the three bottom sides in their run home, while Lavington play against four sides all in finals contention.

Albury and Wodonga Raiders played out another thriller with the fifth placed Tigers coming out two goal winners 48-46. Scores were level at both quarter time and half time, then Albury took a one goal lead into the final quarter. Raiders scored the final three goals but ran out of time in a quality contest.

Alison Meani and Skye Hillier were the difference with their experience and composure in front of goal proving pivotal. Kristen Andrews was outstanding in mid court. Molly McGrath played one of her best games for the season, while Blaynee House and sister Mackensey continued their great form and Taylor Donelan shot 34 goals.

Next week North Albury will have its season on the line when they play Lavington. A win and a good draw in the run home will see them apply plenty of pressure to the Tigers for fifth spot.