Round fourteen promised plenty of action and oh boy it didn’t disappoint with sides first win for the season in footy and the first loss for a side in netball.

The Wodonga Raiders reversed its one-point loss in the previous round with a gripping one-point win over North Albury and move off the bottom of the ladder.

Jake Bradshaw kicked the winning goal from 35 metres out with just twenty seconds left on the clock to present Marc Almond and the team its first win of 2022.

The Raiders top three Isaac Muller, Jarrod Hodgkin and Brad St John were magnificent leading their young charges, while Carter Norman and Sam Azzi were best for the Hoppers. 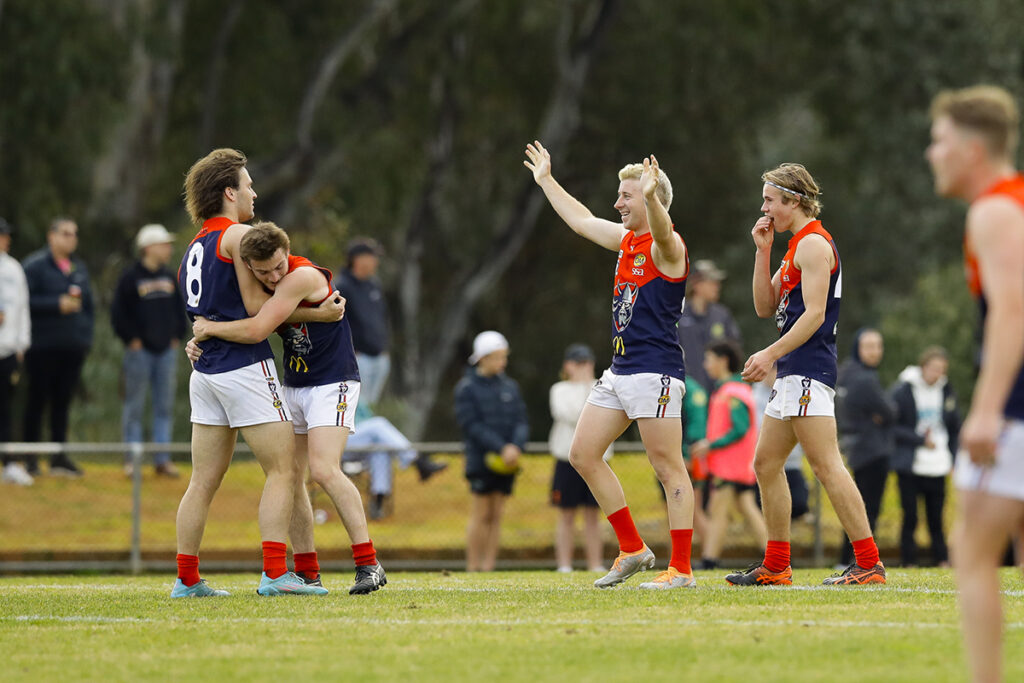 Myrtleford came from behind to defeat Wangaratta Rovers at the WJ Findlay Oval to record its best win of the season and just the tonic for the injury plagued list. The Saints came marching in with a brilliant final term kicking five goals to two and win by 11 points after trailing by three goals during the game.

Murray Waite with four goals, Mitch Dalbosco, Cal Crisp, Matt Dussin and Levi Young up from the thirds were huge in the visitor’s significant win. Jack Gerrish, Jayden Bear, Tristan Lenaz and Jase McQuade were best for the Rovers who now have an inform Lavington breathing down their neck for fifth place.

Wangaratta and Albury turned on a top-class spectacle at the superbly manicured Albury Sportsground with the Pies winning by 34 points.

Wangaratta lost coach Ben Reid before the game with a groin niggle, but the return of classy utility Brad Melville filled that gap. Melville, Abe Ankers, Matt Kelly and Paddy Warner (3 goals) had more midfield winners than the Tigers despite herculean efforts from veterans Daniel Cross and Anthony Miles. Highlight of the day was the clash between Pies full back Jamie Anderson and fellow interleague teammate Jacob Conlan who kicked four goals.

Lavington maintained its charge at the finals and ended the home sides with a comfortable 37-point win over Corowa Rutherglen. A five goal to one first quarter proved pivotal to the Panthers victory. Luke garland was back to his best with (31) possessions while the Driscoll boys Shaun and Jack were excellent.

The Roo’s, despite big games from Jarred Lane, Joe Hansen, Damien and Cameron Wilson could not convert forward fifty entries with just seven goals in perfect conditions not enough. Corowa Rutherglen would have to win all four remaining matches to make finals, while Lavington will need to win at least three of its last four to play finals.

Yarrawonga had to work hard for its 44-point win over Wodonga with the Pigeons five goal second term proving the difference in a tough encounter. The Bulldogs again struggled to kick goals with its defensive effort superb in keeping the Pigeons to just eleven goals, but five themselves was never going to threaten the visitors. The Doggies in the last two weeks have kicked a total of nine goals and only on six occasions have kicked more than double figure goals in a game.

Lavington caused a huge upset in the netball clash of the giants when they inflicted the Roo’s first loss for the season at Corowa winning by nine goals. The Panthers led at every change with Grace Hay superb in defence, Ange DeMamiel busy in mid court and shooters Emily Stewart and Maddi Plunkett at their best.

Lavington has continually surprised the pundits and has the scalp of Yarrawonga twice and now the Roo’s to confirm they are a genuine premiership chance. The loss won’t do the Roo’s any harm and certainly alleviates the extra pressure of hitting the finals undefeated as they try and break it’s A grade premiership drought. 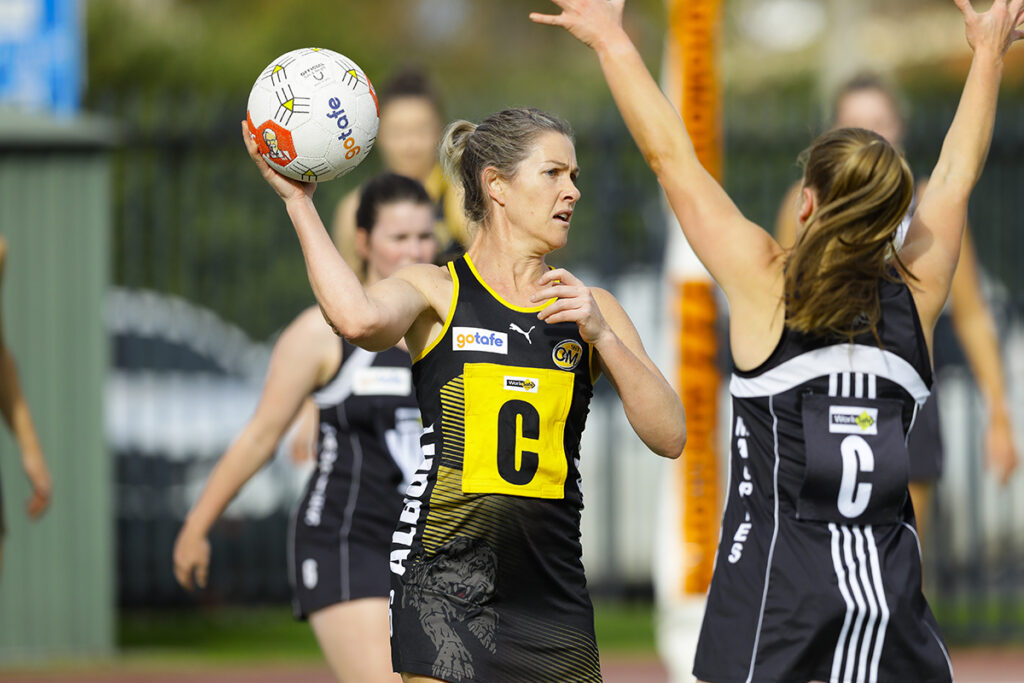 The Tigers who went into the game understrength with injury and unavailability lost its way in the second and third quarters with the Pies playing brilliant netball. They outscored the Tigers in these two quarters by seventeen goals. Kirsten Andrews and Sarah Jones in her 200th game were best for the Tigers.

Yarrawonga as expected proved too strong for Wodonga winning 7-41 with Brigette Cassar shooting (38) and Hannah Symes dominating. The Bulldogs again were best served by Cassi Mathey and Ella Dickins. The Pigeons will host Corowa- Rutherglen in a blockbuster this Saturday.

Myrtleford made it win number five for the season when they beat Wangaratta Rovers by 11 goals. The saints only led by two goals at half time. Tina Way and Sally Cappellari got things going in the second half to get the visitor’s home. Best for Rovers were Kelsie Wilson and Briony Simpson.

North Albury won a thrilling contest against the Raiders to move within half a game of fifth placed Albury in the 45-42 margin. Scores were level at both quarter time and three-quarter time. The match was a virtual elimination final. The Hoppers run home has several winnable games as their season stays alive.