A massive round ahead in both football and netball codes of the 2022 SS&A OMFNL with arguably the closest round of the season on offer.

Intriguing and pivotal matches include the battle for the wooden spoon with North Albury at home to Wodonga Raiders with the loser likely to finish bottom. The Hoppers surprised the Raiders in round five with a drought breaking 23-point victory. Since then neither side has won a game. The Raiders went down by just a point last week and with a superior percentage advantage they will know a win puts them off the bottom.

Wangaratta unbeaten and a firm flag favourite will have to achieve something they have not done since 2008 – win at the Albury Sportsground.

Since 2009 the Magpies have not beaten the Tigers away from home with the average losing margin around twelve goals in those twelve losses. They should break this sequence with the Tigers well below full strength with star onballers Jake Gaynor, Fletcher Carroll and Jimmy Grills all expected to miss the big clash. The Magpies ins are rich in talent Ben Reid, Dylan van Berlo, Dan Sharrock, Abe Ankers, Jackson Clarke and for good measure Brad Melville! Six of the best. 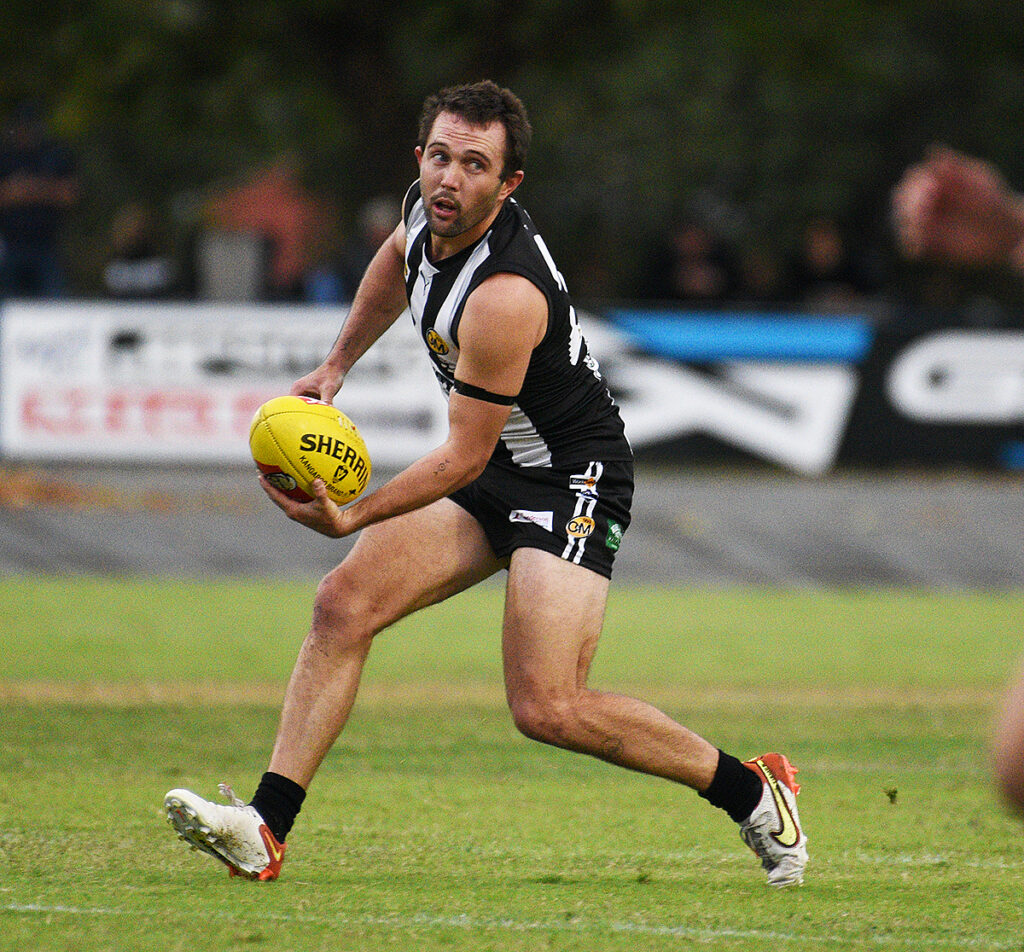 Wangaratta Rovers and Myrtleford face off at WJ Findlay Oval in what could be an elimination final preview in six weeks’ time. The Rovers have lost star defender Sam Murray with a hamstring injury. They have also announced that Tyson Hartwig back complaint will see him out for season.

The Saints were far from disgraced last week against Albury and are close to getting a few injured troops return – a win on Saturday will almost lock away a finals spot. A win for either side will also keep alive the chance of a double chance – there is so much to play for and a “battle royale” is guaranteed.

Lavington make the trip to Corowa with finals on their mind – just like their opponents – who dodged finals extinction last week in a one-point win over Raiders. The winner will draw level with fifth placed Myrtleford should the Saints lose to Rovers. The current ladder gives great hope for both Lavington and the Roos.

Myrtleford hold an 20% advantage over Lavington and another 9% over Corowa Rutherglen. The Roos won a thriller in the first round at Lavington.

The in-form Yarrawonga Pigeons will head to Wodonga full of confidence but wary of an opponent who at their best can be very dangerous. Kicking a winning score has been a huge issue for Jordan Taylor and his men – the Pigeons on ball division and the Bulldogs will be a highlight of the game.

There is a couple of massive games in Netball with the top billing going to the First v Second clash at Corowa when the Roos take on the Panthers.

Corowa Rutherglen unbeaten after thirteen rounds won by eight goals last time the teams met which was one of only three matches, they have won by less than ten goals. The Panther goal shooters Maddi Plunkett and Emily Stewart hold the key to a Panther upset. If they can get the conversion percentage around eighty percent, they are a big chance. 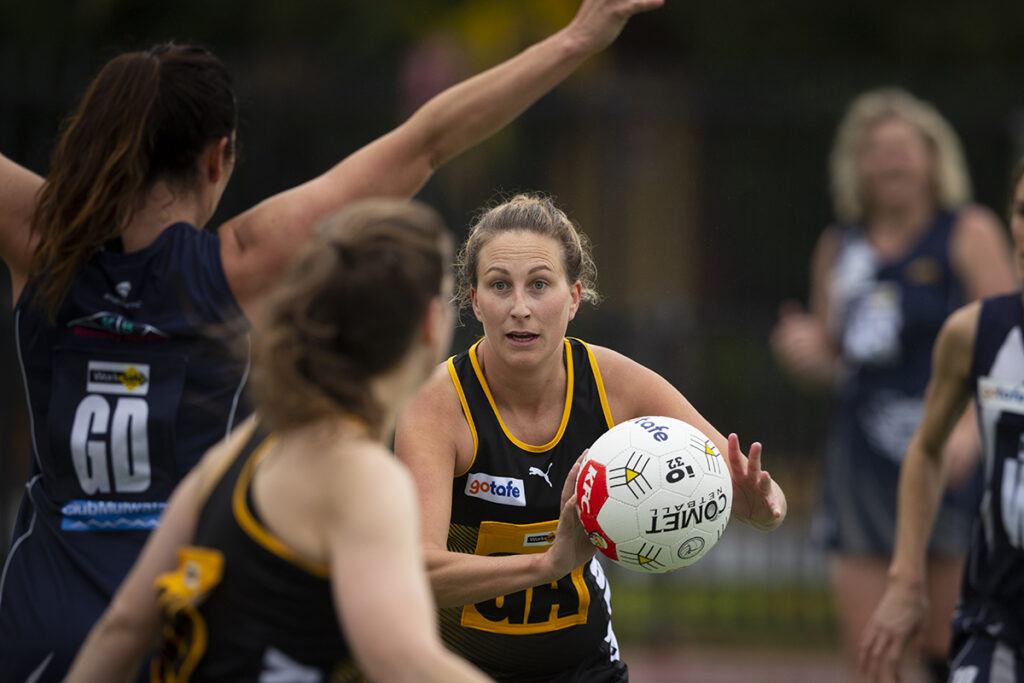 An Elimination final preview is on the cards when Albury host Wangaratta. Both sides were super impressive last round dismissing potential top five candidates. The Tigers blitzed Myrtleford by twenty-five goals but will go in under strength with Emily Rodd out for the season with Achilles injury, while Skye Hillier and Heidi Fisher will be unavailable. This could be enough to tip the advantage the way of Wangaratta with Georgia Clarke shooting the lights out and Leah Jenvey in great form.

Both North Albury and Wodonga Raiders will know the loser of their encounter can start planning the end of season functions. Both sides are a game and a half out of the top five and will be hell bent on keeping the flickering finals flame alive. North Albury will start a slight favourite on the home Paula Carey Court.

Wodonga have a huge task at home to the Pigeons who are not far off getting their best squad together for an all-out assault on finals. While the Bulldogs are yet to post a win, they have on each occasion had one or two top quality quarters – they just need more consistency amongst the young side.

Can Wangaratta Rovers grab their second win of the season against the Saints who are coming off a heavy loss at Albury last week? Last time they met in the season opening round, it was Myrtleford who prevailed by one goal. The Saints with Tina Way and Ellie Cooper in good form should take the points.