Oh so close it was for Wodonga Raiders when they fell one point short of grabbing its first win of the 2022 season over Corowa Rutherglen at Birallee Park.

The Raiders came from 23 points down at the final change to hit the lead, before Roos forward Kaelen Bradtke slotted home a forty-metre goal with minutes remaining.

It was one of four goals for Bradtke and his final shot kept the Roo’s slim finals hopes alive as they battle a long injury toll in the run home.

Finn Osborne was super impressive on his debut, while midfield maestro Damian Wilson picked up 47 possessions and Darcy Melksham had 27 touches.

A more efficient and cleaner Albury Tigers’ use of the ball paved the way for its 37-point win over Myrtleford at the Albury Sportsground.

Despite a best on ground performance from Simon Curtis the Saints were unable to chase down Albury kicking five of the first six goals.

Jacob Conlan, Brayden Ohara and Connor O’Sullivan kicked ten goals between them up forward for the Tigers with Declan Bren booting three for the Saints.

Lavington maintained its charge toward finals and finished Wodonga’s with a comfortable 53-point win at the Lavington Sportsground.

Another stellar performance from Jake O’Brien with four goals and 29 possessions led the way, with Jack Harland, Billy Glanvill and Tim Hanna starring.

The Dogs struggled up forward kicking just one goal in each quarter. Their best were midfielders Angus Baker, Josh Clayton, and skipper Ollie Greenhill.

Lavington are now one game behind fifth placed Myrtleford and its clash with Corowa Rutherglen this Saturday is a virtual elimination final for both sides. 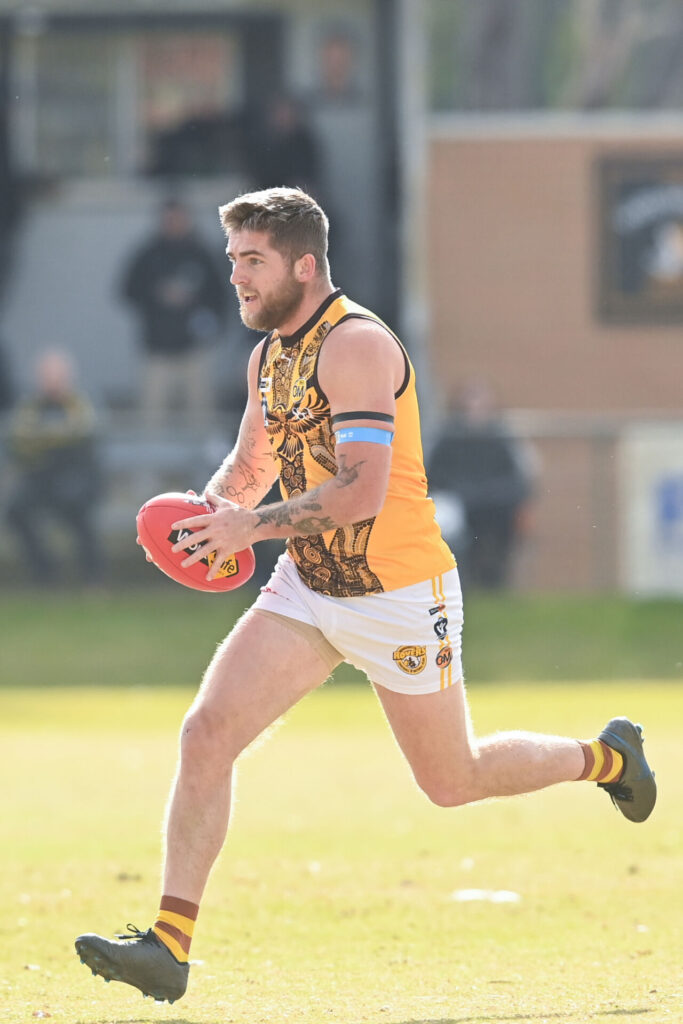 Yarrawonga continued on its merry way with another impressive win over a top five side. They finished to strong at home to beat Rovers by 46 points.

Leigh Masters further enhanced his Morris Medal hopes with a classy display across half back, while Jess Koopman continues to improve with four goals.

Apart from the third quarter where the visitors outscored the Pigeons, they struggled to kick goals. Their final total of 49 points was a season low.

Wangaratta as expected proved too strong for the Hoppers winning by 118 points at the Norm Minns Oval with Michael Newton kicking five goals.

An eight goal to nothing opening term was an ominous sign for the visitors, they showed great character to allow only a further thirteen majors.

North Albury midfielders Tim Broomhead (46 possessions) and Julian Hayes (44) were in everything along with George Godde and Sam Azzi.

The Pies who travel to Albury Sportsground in round fourteen had good players in Matt Kelly, Daine Porter and Joe Richards. 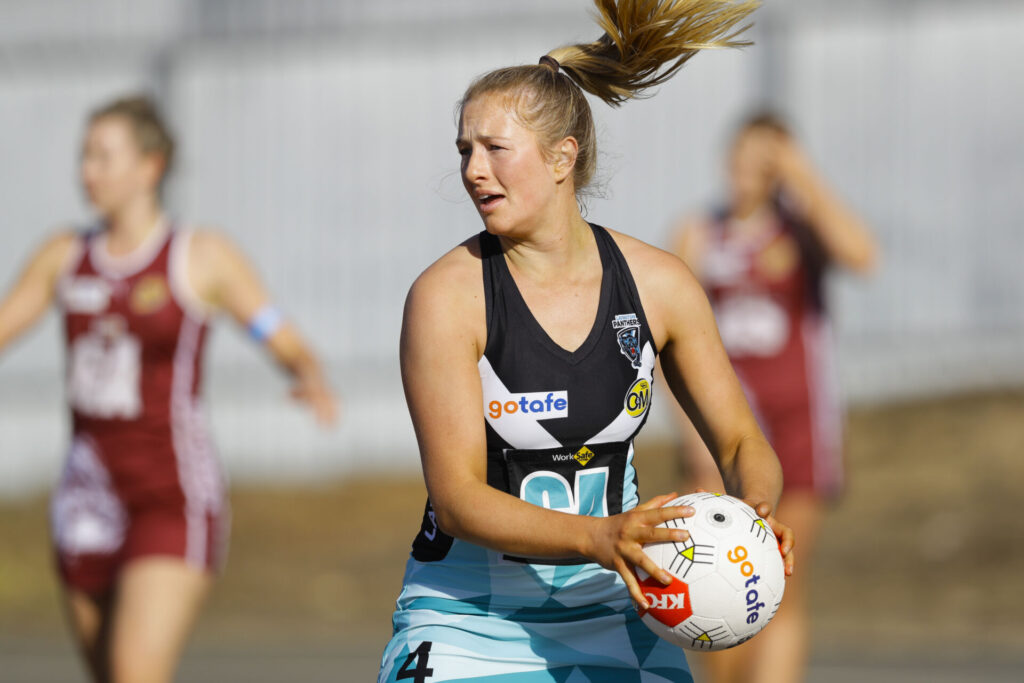 The Albury Tigers showed they are a genuine finals force with an impressive 65-40 win over Myrtleford with Skye Hillier in great touch.

Alison Meani shot (48) goals, Hillier (17) and Emily Rodd (30 before she left the court with an ankle injury in the final quarter.

The loss spells the end of the Saints finals hopes as they sit three games out. Sally Botter and Saige Broz were the best of the Alpine Saints.

Lavington got into action after a tight first quarter to prove too strong for Wodonga winning 60-21 with Ange Demamiel, Maddi Lloyd, and Steph Clancy dominating.

Best for the Bulldogs were Ella Dickins, Lea Mathey and Aleisha Coyle who to their credit finished with its best quarter of the game in the last.

The Panthers face its biggest test of the season next week when they travel to Corowa to meet the unbeaten Roo’s in a mouth-watering 1 v 2 clash.

The Ross warmed up for the big clash next week with a relatively comfortable 60-40 win over Wodonga Raiders who only trailed by two goals at quarter time.

Highlight of the game was the goal shooting of Grace Senior (48) for Corowa Rutherglen and Taylor Donelan from Raiders who netted (32).

Third placed Yarrawonga inflicted one of the biggest defeats of the season onto Wangaratta Rovers with a 69-25 thumping at Yarrawonga.

The Pigeons shared the shooting roles with Maddi Allen (28), Sarah Senini (23) and Bridget Cassar (18) rotating under the ring.

North Albury’s finals hopes took a battering at Wangaratta when the two-time defending premiers turned up the class winning 57-39.

The Hoppers also saved its best for the last quarter when they outscored the Magpies by a goal. Nat Heagney with (32) goals was the visitors best.