The two thirds mark of the season has been reached, and it appears as though the top five in the SS&A O&M football is pretty much locked in. At this stage the only scenario that could change would be if sixth placed Lavington got on a run of wins and applied pressure to fifth placed Saints.

The Saints form fluctuations, which certainly can be partly attributed to player availability and injury, makes them the most vulnerable team in the five to drop out.  Myrtleford over the next four rounds have matches against Albury and Wangaratta Rovers (both away) and then Wangaratta at home and Wodonga away.

In that same period Lavington plays Wodonga, Corowa Rutherglen, North Albury who are all below them on the ladder. 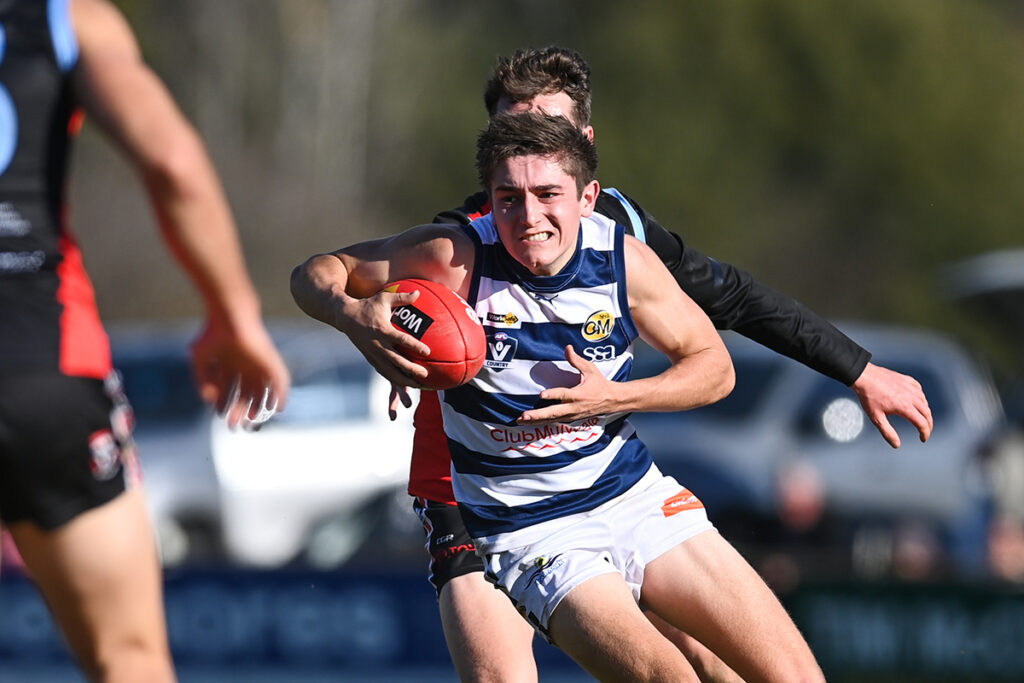 Yarrawonga continue to impress with a polished performance at Myrtleford as good as any this year, including the win over Wangaratta. They booted the first seven goals against the Saints and cruised to a fifty-seven-point win with Mark Whiley best afield with three goals. Bailey Fraunfelder and Tim Lawrence also booted three majors.

Wangaratta Rovers finally shook off a persistent Lavington after a genuine arm wrestle for three and a half quarters at the WJ Findlay Oval. Jase McQuade and Alex Marklew both kicked two crucial goals each in the final term after the Panthers had got within four points. Brodie Filo, Marklew, Alex McCarthy and Raven Jolliffe were best for the Hawks, while Jake O’Brien, Darcy Hennessy and Sam Hopper stood out for the Panthers.

North Albury pushed Albury to deep into the final term in an entertaining cross-town clash at Bunton Park, with the more polished Tigers winning by 23 points.

It was the experience and poise of Brayden O’Hara, Anthony Miles and Shaun Daly that held off the Hoppers who on several occasions got the margin under double figures. Both sides show cased plenty of youth with the Tigers having eight players under twenty-one. Hoppers Jack Penney kicked four- and seventeen-year-old Archie Gardiner impressed. It was the closest North Albury has come to beating the Tigers in a long time. They face a huge task this week away to ladder leaders Wangaratta.

The Magpies were in a mean mood against Corowa Rutherglen with Ben Reid and Michael Newton both kicking seven goals in the 117-point win. The Magpies midfield was lethal racking up big numbers with Abe Ankers (33), Joe Richards (30), Jackson Clarke (28) and Matt Kelly (27). Wangaratta have three players in the top five goalkickers Cal Moore (45), Ben Reid (32) and Mick Newton (35) as well having the best defence.

Wodonga with its best side in for the season proved far too strong for old rivals Wodonga Raiders running out 86-point winners with Alex Smout kicking six goals. A seven goal first quarter set the tone, with the Raiders only kicking one goal to three quarter time. The Raiders did kick three in the last with Jarrod Hodgkin their best with (44) possessions. Will Bradshaw on debut was excellent for Wodonga, along with Josh Mathey, Josh Clayton and Jacob Barber, while Ethan Redcliffe kicked three goals on his return.

Corowa Rutherglen maintained its unbeaten start to the SS&A netball season when they ran over the top of Wangaratta in the second half. Leading by just three goals at half time the Roos turned on the class in a brilliant third quarter where they outscored the Pies by seven goals to set up the 52-38 victory. Grace Senior shot (42) goals for the Roos, Emily Laracy was excellent in her 150th game, while Sophie Hanrahan starred in defence. Georgia Clark shot (29) goals for the Magpies and was given great support by Issy Byrne and Leah Jenvey.

Thirteen-year-old Mylah Kennedy made a superb A grade debut for Yarrawonga in the Pigeons twenty-one goal victory at Myrtleford. Coming off the bench in the second half she shot nine goals, playing alongside co coach Brigette Cassar who shot (32) goals. Yarrawonga were missing shooter Maddy Allan which presented the Pigeon selectors to play Kennedy along side sister Tilly who played well in mid court.

Albury took a giant step toward finals action by not only defeating North Albury, but also taking their spot inside the five with an impressive twenty-four goal win.

In the Tigers best four quarter performance of the season their second quarter that netted nineteen goals was an ominous sign for other teams. Alison Meani shot (44) goals in a best on court effort, while Heidi Fisher and Kristen Andrews dominated for the Tigers.

Wodonga Raiders were forced to work hard in its seven-goal victory over Wodonga. The Bulldogs poor second term proved the difference.

Lavington thrashed Wangaratta Rovers in a slick showing that had them score eighteen goals in each of the first three quarters. The Panthers prevailed 69-32 to remain second on the ladder. 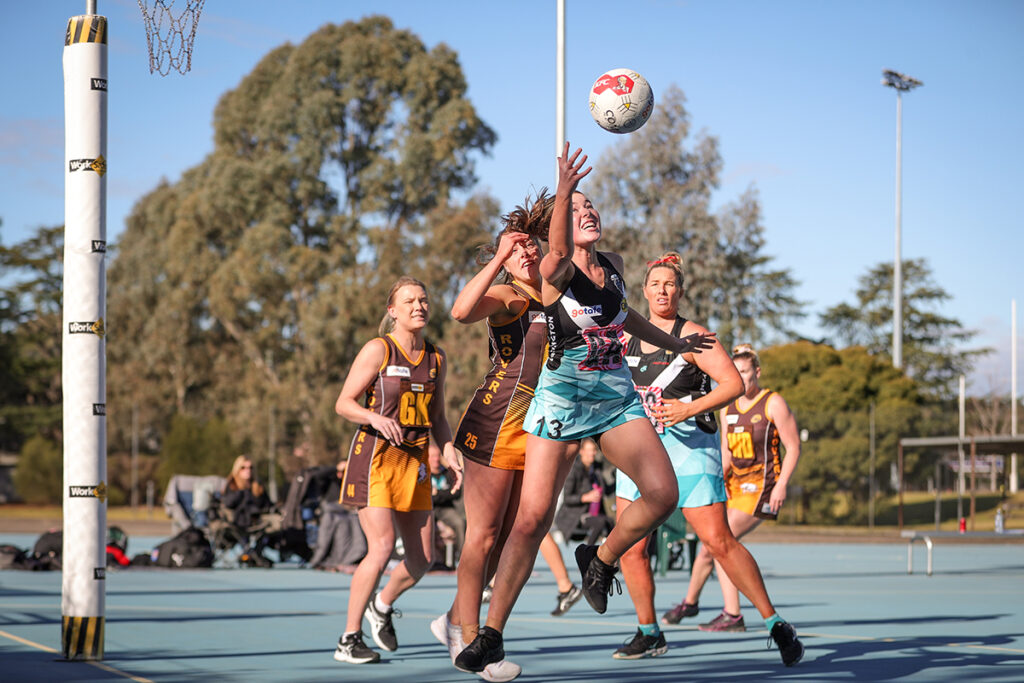