The final two matches to complete round eleven of the SSA OMFNL with Albury hosting Corowa Rutherglen and North Albury welcoming Myrtleford.

The wash-up of the weekend’s previous action has been a bad one for the Yarrawonga Pigeons with star forward Leigh Williams set to miss a month of football. Williams has fractured a bone in his back after copping a knee in a marking contest against Lavington in the first quarter last Saturday. Remarkably and quite courageously he played on finishing with five goals before he left the field late in the game and off to hospital after feeling faint. Whilst the fracture does not require surgery there is still a blood clot that needs to be monitored. Williams and Wangaratta star Cal Moore are leading the goalkicking on 44 goals. 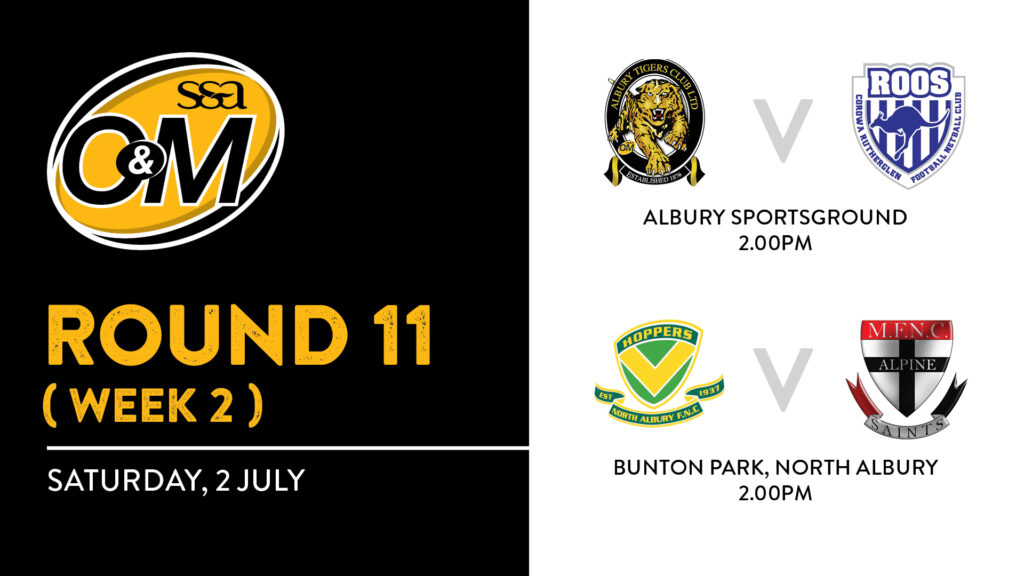 Albury will go into its clash with Corowa Rutherglen buoyed by the news of its coaching appointment for 2023 season. Anthony Miles who has been co coach with Luke Daly for the last two seasons will share the role with another Daly – Shaun with Luke stepping down. Shaun Daly previous coaching stint with the Tigers was an amazing one – winning 58 out of the 60 matches he coached.

Under Daly and co-coach Daniel Maher the Tigers won the 2016 decider against Lavington, lost the 2017 grand final to Wangaratta, and then went through as unbeaten premiers in 2018. They face a big challenge against a desperate Corowa Rutherglen on Saturday, with both sides having plenty on the line.

The Roos need to knock over a top five side and Albury is on their radar, while the Tigers need a win to maintain its top three position. The Roos have picked up former Leeton defender Jake Wood after completing University in Geelong and playing for Geelong West. Wood has a strong relationship with current Roos players Will Robinson and Jy Lane. His signing will help offset the loss of defenders Bill Hansen and Kade Kuschert. 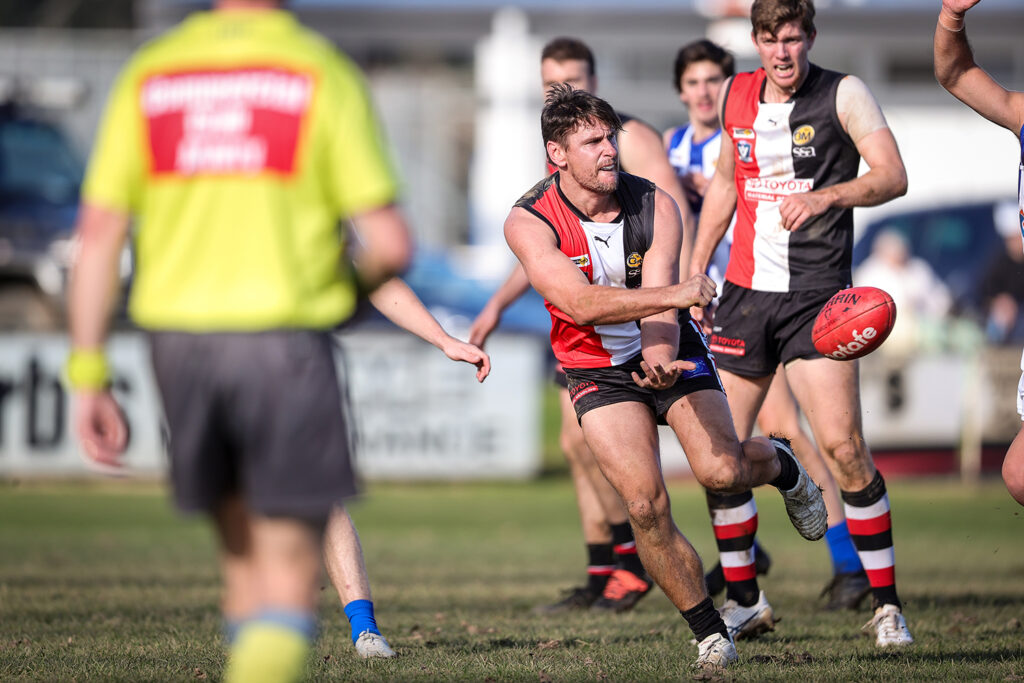 Myrtleford got the bad news that coach Jake Sharp will require his fourth knee reconstruction following the victory over the Roos in round ten. A positive however was the impressive debut by Ryan Griffen and the likely return of injury plagued forward Nick Warnock this week.

In more great news for the club Dom Bedendo was set to make his debut for Western Bulldogs at the Gabba against Brisbane Lions. He was selected with pick 55 in the 2020 National Draft and was a key member of both the Myrtleford 2019 thirds premiership and the Murray Bushrangers.

North Albury has progressively made healthy improvement with Tim Broomhead and Doulton Langlands providing the class and experience to nurture the young group. With expected fine conditions the speed of the Hoppers should test the Saints in an entertaining clash at Bunton Park.

Myrtleford finals tightrope in the SSA OM netball continues when they take on fifth placed North Albury who are two and a half games clear of the Saints. A loss to Myrtleford and they can forget about finals, while for North Albury they must keep winning to keep the dangerous Tigers at bay who are in sixth place. When the two teams met on Easter Sunday the Hoppers came away with an eight-goal victory and they should repeat the result this week.

The unbeaten and inform Corowa Rutherglen machine rolls into the Albury Sportsground for its encounter with the Tigers. The Roos attacking brand of netball is at times breath-taking – in the last six consecutive rounds they have scored above fifty-six goals on each occasion. Grace and Chloe Senior work super well together under the ring and in the circle, while defenders Sophie Hanrahan and Jen Barrett are in great form. 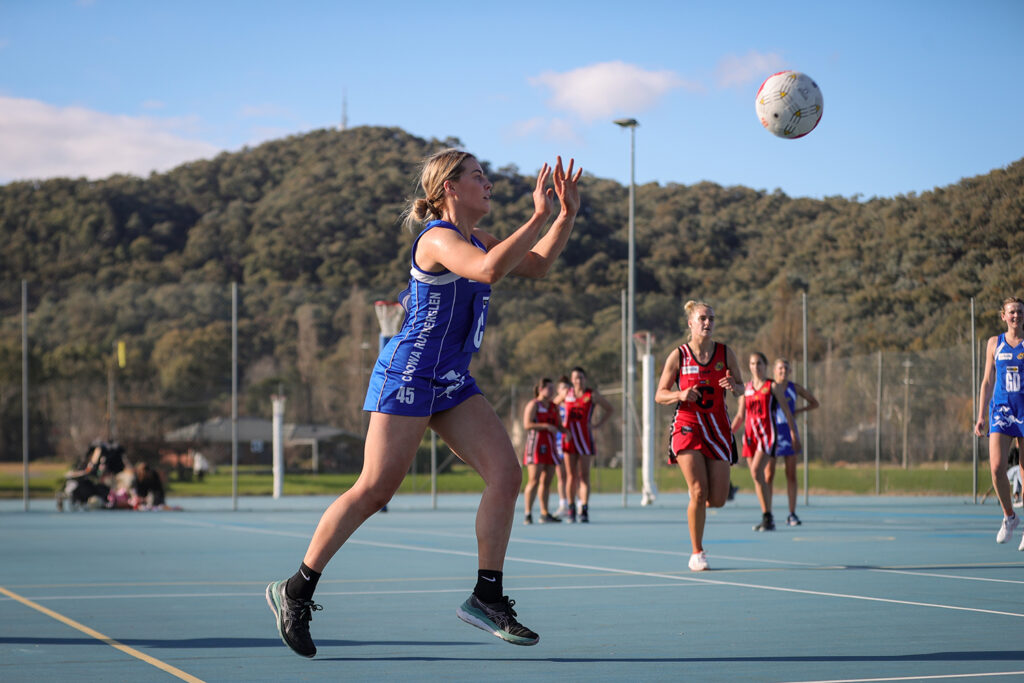 The Tigers have had some good patches during the season but still lack that consistency that has cost them a couple of wins. A loss to Albury as is the expectation and a win to the Hoppers will see the Tigers a game and a half out of the top five with seven rounds remaining.

Both games of football and the North Albury v Myrtleford game can be watched via OPTUS O&M TV live streaming @ www.omfnl.com.au