What a round of SS&A OMFNL with the previously unbeaten Wangaratta falling to Yarrawonga in a fierce contest at the JC Lowe Oval.

The Pigeons in front of a healthy home crowd were in front early and never surrendered in a titanic clash, eventually winning by 28 points.

Lachlan Howe, Harry Wheeler, and Michael Gibbons were aggressive with the contested ball going the way of the Pigeons.

Wangaratta lost Cal Moore early in the game with an ankle injury, while Matt Grossman and Jamie Anderson did not return after half time with injury concerns. 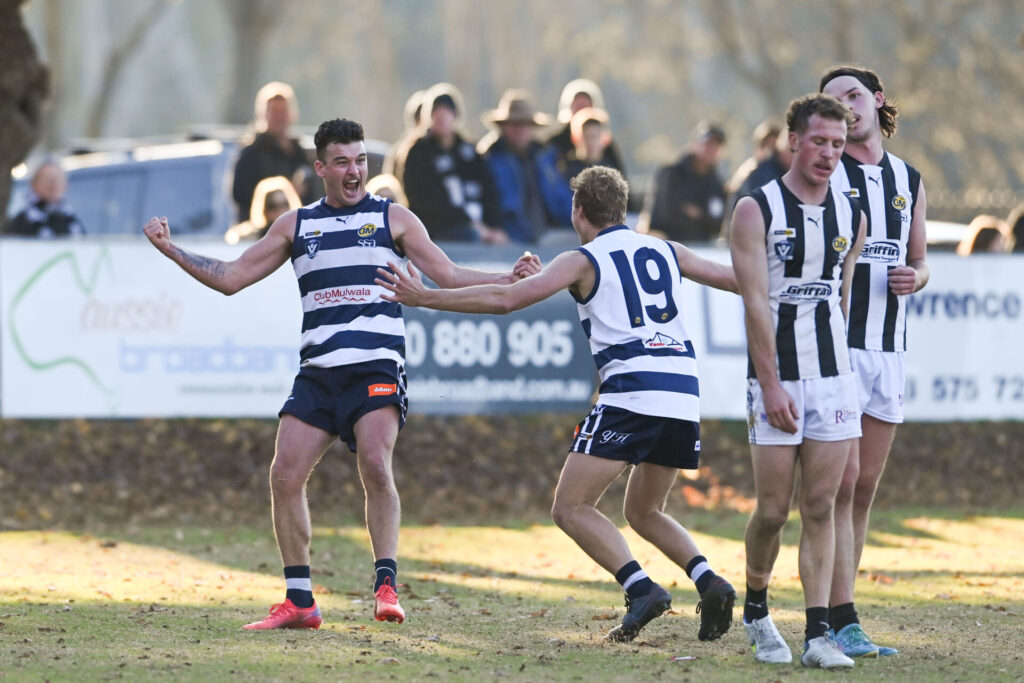 The lowlight though was another serious knee injury to Myrtleford coach Jake Sharp when he was stretchered from the ground early in the final term. Sharp, only returned from a knee reconstruction seven weeks ago after suffering ACL damage last June, is now facing the prospect of more time on the sidelines. Sharp re-joined Myrtleford in 2018 after a five-year career playing with Werribee and has already had three major knee operations in his career.

The injury to Sharp overshadowed what was otherwise a superb performance from the Saints who blasted the Roos off the paddock with some ferocious contested football. The final margin was seventy points with boom recruit and former All Australian AFL star Ryan Griffen impressing with two goals and many valuable efforts. Declan Bren and Ryley Sharp both booted four goals, while Mitch Dalbosco and Simon Curtis both had over thirty possessions. Hayden Filliponi was a standout for Corowa Rutherglen with six goals.

In one of the best games of 2022 Wangaratta Rovers held off Albury to win an absolute thriller by just one point at the WJ Findlay Oval. In a game of massive momentum shifts both sides dominated for two quarters each, with Rovers leading by almost six goals early and then Albury retaking the lead at half time. The Tigers booted 5-3 to 2-1 in a pressure packed final term and hit the lead before a goal from Rover’s youngster Dylan Wilson from 45 meters out got the Rovers back in front. Jake McQueen, Sam Carpenter, and Sam Murray were the architects of the Rovers first win in seven years over the Tigers.

Defending premiers (yes still) Lavington has maintained its excellent form with a convincing win over Wodonga Raiders at the Lavington Sportsground by 91 points. The Panthers still in seventh place, did gain some valuable percentage and are now just one game behind both 4th and 5th position. Elusive small forwards Shaun Driscoll, Jake O’Brien and Darcy Smith all booted four goals, benefiting from the excellent midfield work of Ben Ashley-Cooper and Tom Hargreave. Brad St John, Max Beattie and Mark Whitehead were best for Raiders who were again without midfield star Jarrod Hodgkin.

Wodonga clinched its third win of the season with a convincing 52-point margin over North Albury with Angus Baker best afield with seven goals. Alex Smout and Josh Clayton gathered almost sixty possessions between them in a game that had a goalless second term before a ten goal second half ensured the Dogs got the four points. Tim Broomhead was again the Hoppers best, with Doulton Langlands, Sam Azzi and Archer Gardiner others to feature. 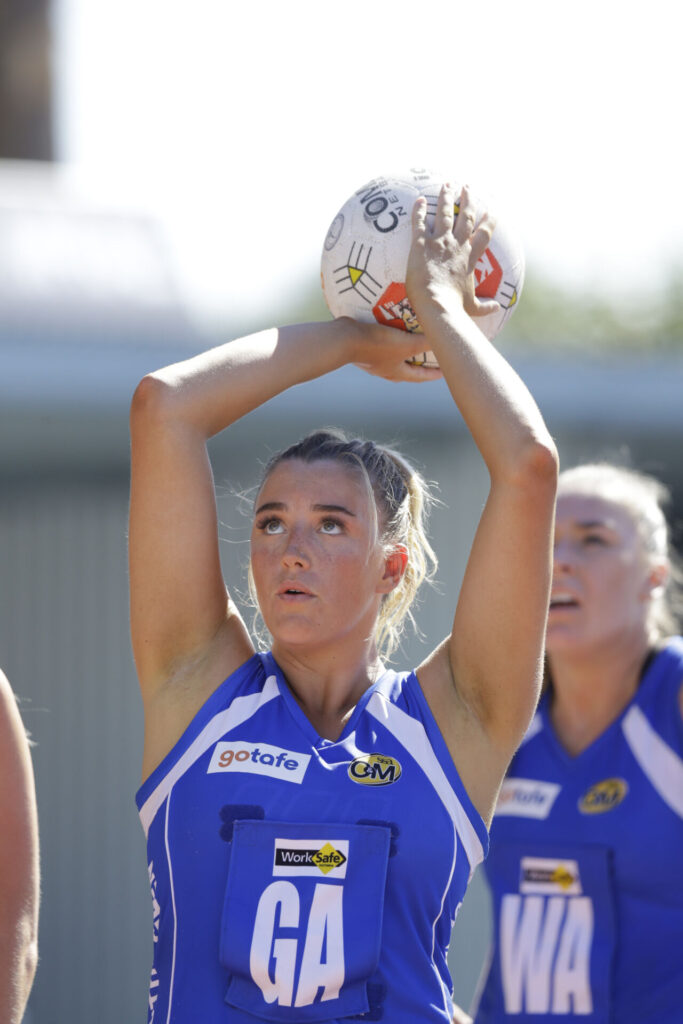 Yarrawonga continued to shorten its premiership odds with an impressive 50-40 win over defending premiers Wangaratta in a high standard clash. Sarah Senini, Maddi Allen and Kylie Leslie led the way for the Pigeons, while Leah Jenvey and Issy Byrne were good for Wangaratta.

The Pigeons big win has given itself a two-game buffer for the top three, while the Magpies will now have to challenge the Panthers if they are to win the double chance.

The Panthers returned to its best form defeating Raiders 55-33 with shooters Emily Stewart and Maddi Plunkett in great touch. It consolidates the Panthers spot inside the top three, while Raiders are now just about out of contention for finals, two wins behind fifth place.

Wodonga were only four down at quarter time but despite Alisha Coyle and Cassi Mathey dominating they could not bridge the gap losing 54-37.

The high scoring and super talented Corowa Rutherglen kept its unbeaten season going with a 60-32 win over Myrtleford with Grace Senior netting 41 goals.

Senior now has 397 goals for the season, over one hundred clear of second placed Georgia Clark from Wangaratta. Clark remains the most accurate of the shooters at around 82%.